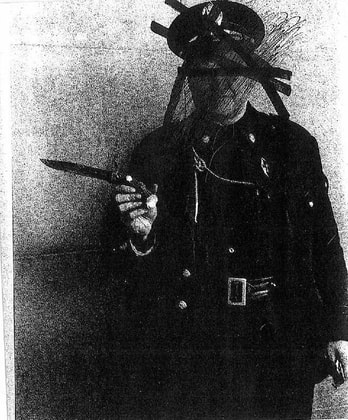 [For the readers who may be unacquainted with your material what is Mazurka Editions? When did it begin and why did you want to start your own label? ]

Mazurka is a small scale label based in Maitland, NSW, Australia, which was launched in June, 2013. Thus
far all releases have utilised the cassette medium though there are tentative plans for one or two 7” either
late 2015 or early 2016.
Beginning the label came out of a slow realisation that doing something like this could be an active,
artistically rewarding project in which I - given it was handled properly - could explore the concepts of
curation and publishing.


[The name, Mazurka Editions, what does it mean? ]

The name isn’t an explicit reference to anything. It’s a word I like in a concrete sense, as an object. While
language is obviously a vessel for meaning, on another level the written word is also plastic, sculptural.
‘Mazurka’ appeals to me in this sense. By contrast, associations are inevitable when trafficking in words and
I also like the tension created by the name and the sounds that represent the label. Contemporary electronic
clashing (perhaps) with a term for a classical genre.


[There is quite a range of material on the label, already at its young age. Are there specific genres you prefer to release over another? ]

If I can take a few liberties with how I perceive genre(s) I think I might be able to express what I’m looking to
do with Mazurka in this sense. For me harsh noise, tape music, or even power electronics, are genres as
direct as portraiture or landscape painting and as such are dedicated to asceticism, to perfection. I’m
increasingly attracted to working with artists who pursue this path. “a well full of water that will heal nobody”
was my attempt at nailing this and each artist represented on it epitomizes different aspects of what I
understand to be ‘genres.’


[What do you believe is the key element in releasing a good piece of work? Does it have to be simply something you personally would want to hear or is there something more required? Is there anything you just won't touch due to subject matter, ideals or sounds? ]

It’s near impossible for me to explain coherently what motivates a release. Lets just say it’s the result of
many different paths intersecting. Where they meet is nothing more or less than the label in it’s totality. What
it looks like, what it sounds like, what it understands itself to be. I’ve tried to describe this before and failed
miserably, so you’ll (in fact, anyone reading) have to forgive me. I’m as inarticulate as a rock. I’ll let the
catalogue speak for itself, out of my aridness.


[A few longer questions coming up here that deal with the artwork, only because I find the aesthetic of the label to be one of the better I have seen in some time. Do you create all of the art yourself or do the artists each do their own? ]

Thanks for your kind words about Mazurka’s visual side. I’ve recently began being a bit more open to input
from the artists I work with. Smaller contributions, like insert images, not as tokens to appease at all, but
gestures of mutual understanding in which I feel the given artist has a intuitive understanding on what would
work (visually) on the label. Up to this point I have been responsible for everything in an art / design sense.


[There exists a very real allure to the art and I know I'm not the only one who appreciates it. The art all have obvious interrelations maybe if only in form, is there particular characteristics, themes, that are observed through-out the entire oeuvre? Are these similarities premeditated? ]

My background is in the visual arts, so obviously this side of the label interests me as much as the sound
that issues forth under its name. If there is a thread running through the art it is probably more formal than
thematic (though I will speak about this also.) From the outset I knew exactly what I wanted in a formal sense
and this involved perhaps three cardinal rules: 1) black and white exclusively 2) photography based, whether
straight or collaged 3) no text on the cover. I followed these principles to the letter and have only recently
begun to make some slight compromises. Some of the art has incorporated reproductions of stencils,
woodcuts, screen-prints, etc. I’ve also started to include the name of the artist and the name of the release
on the cover. These may seem trifles, but I want to emphasize how important a sense of formal continuity
has been and remains still. Without this, for me at least, something like a label lacks identity; this remains in
shadow or out of focus. Such a concern need not be for all but it is highly important for Mazurka.
Themes certainly play a part in the selection process: Weimar culture, Belle Epoque style / fashion, lust,
voyeurism, prurience. Not to be heavy-handed with these, but to find a point of entry here that is my own.
I should mention also that erasure or defacement is something that interests me greatly. With the art this is
manifested in the ‘alterations’ that are made to source material. I’m not concerned with how such choices
might operate conceptually but simply formally on a general aesthetic level.


[It's true mixed media; sound and image (text occasionally). Do they correlate, does the recorded material influence the art or visa-verse, what comes first and does it matter? Does one imprint itself heavily upon the other first or are the two things (art and sound) 2 separate entities altogether? ]

Image and sound are separate entities in the sense that they are given an equal amount of consideration.
They both need to be able to occupy a space without one crowding the other. By this I mean that I look to
avoid there being a too literal or obvious connection between the two. Far too frequently (for me) images
become a mere narrative tool, an addendum to whatever medium they may accompany. But with this label
there is a conscious effort to develop a more oblique relationship. An image may contradict a sound by
association. I mentioned this earlier with specific reference to the name, Mazurka and how I perceive its
relationship to the sounds that represent it on the label, but the same is true for the artwork direction. If I’m
releasing something that has an evocative image or theme as its title then it doesn’t appeal to me to answer
this directly with the image (if indeed this is achievable - and I think the entire history of the concept of
narration confirms that it is). I’d rather choose something that is seemingly completely irrelevant. But what’s
interesting is how everyone that owns one of these releases will form a different sound + image dialectic. Its
a figurative relationship and it’s one that I’m deeply committed to promoting and investigating. 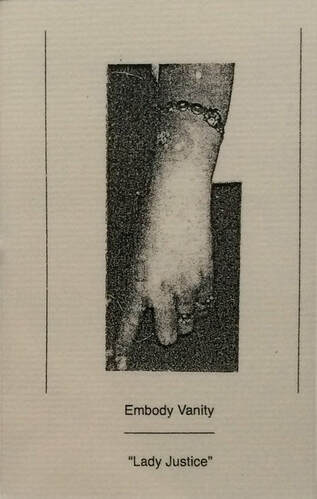 [Have you ever looked at something you've done and thought "what the fuck was I thinking"? ]

In retrospect, some of the choices I’ve made in regard to artwork for the label now appear as mis-steps,
perhaps, but not mistakes. They don’t bewilder me or make me question my motives at any given point.
They’re just aspects of the evolution of the label’s aesthetic. And an aesthetic is always shedding skins and
growing new limbs. Being able to assess something from the present leads you to believe that you’re at the
last stage of refinement but I dare say this is seldom true; it’s just where you’re currently at.


[What are some artists, authors, musicians, whatever, that you are currently into? Who influences your past, present/current work the most? ]


[What do you think of the current state of the Noise/Industrial/PE underground? Does it affect what you do?]

I think that the current state of the post industrial underground is quite fertile. It’s bearing witness to some
very interesting mutations / cross-pollinations. For mine, the most appealing instance of this trend can be
found in the Janushoved catalogue. Truly fantastic stuff that is much, much more than the sum of it’s parts. I
don’t recall having the pleasure of acquainting myself with a label quite like this before. A fully-formed
aesthetic from day dot.

For certain my peers affect what I do. The relationship is one of dialogue. For me form is about refinement in
the classical sense and if you’re not in active dialogue with those who invest their efforts in a similar form
then that refinement simply isn’t possible. Far too often what passes as ‘original’ is just a result of working in
an isolated way. I don’t want to stress this point too much but I don’t see such originality as progressive or
embodying any intrinsic artistic merit. Certainly not as a matter of course. Why should singularity be as
lauded as it has been in certain circles? I don’t know. An anecdote to sum up. I once knew a guy who I
played “Black Vase” by Prurient. He said that he loved ‘making’ noise but he didn’t really enjoy, indeed wasn’t
particularly interested in listening to it. This point of view is one of wanton ignorance. I truly believe an
awareness of where you are situated within a linage is necessary to create true form. This is why most
praise often referred to as so-called ‘outsider’ art is a back-handed compliment.

I’m not sure what to make of the scene in Australia right now, to be honest and my interests are becoming
increasingly specific, perhaps detrimentally so, which makes me the wrong person to ask in many ways. In a
sense the relatively small population here means that there’s as much of interest as anywhere, certainly if
you take into consideration factors like population. In Australia people will generally speak of things in terms
of a Sydney / Melbourne dynamic. And when you’re speaking of marginal actions, this is even more so. The
artists / acts that come to mind for me are mostly Melbourne based and revolve around three labels: Future
Archaic, Trapdoor Tapes and Sabbatical and a handful of artists loosely affiliated with Kye records, including
James Rushford and Joe Talia. While in Sydney the only artists creating anything that I find stimulating are
Half High (though I believe at least one of this duo has relocated to Melbourne), Tony Mckey’s Pleasure Bros
- stone cold tape drone of the highest order and Kusum Normayle’s primal scream exorcisms / epiphanies. If
I sound casual in my dismissal of what’s going on here this is because the majority of what I see and here is
nth shades of either hardcore, post punk or garage rock. Boring. Doubtless I miss things, though.

[Thank you for doing this interview. Anything else you want to say, this space is all yours.  ]

Nothing more to add except to thank you for the opportunity to talk about the label. This is the level of
support needed to sustain a venture that is and will remain staunchly boutique.